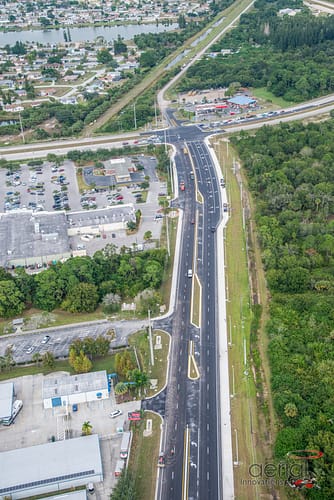 The Charlotte County Board of County Commissioners, who selected Halfacre Construction for the project, held a ribbon-cutting ceremony to commemorate the completion of the Gasparilla Road widening project on April 13.

The improvements project included widening Gasparilla Road from McCall Road (SR 776) to just south of Rotonda Boulevard East and constructing a four-lane divided roadway. During the process, 18,590 tons of asphalt was laid, 2.8 miles of concrete drainage pipes were installed and 11.5 miles of pavement stripes were painted.

The installation of sidewalks and bicycle facilities at the intersection of SR 776 and utility improvements between Rotunda Boulevard East and Cattle Dock Point Road also were done.

A 145-foot long bridge, a new utility system from Marathon Boulevard to SR 776, a new water main on the north side of SR 776 and the addition of 85 street lights, storm drain structures and storm water retention ponds also were part of the improvements project.

“Gasparilla Road was successful because we were able to spend a lot of time on pre-construction,” Jack says. “We had a great selection of subcontractors who gave us really good feedback throughout the process.”

Halfacre Construction has completed several multimillion-dollar projects in Charlotte County, including new terminals and the new administration building at the Punta Gorda Airport; a 132-foot air traffic control tower; the improvements to Cheney Road, which connects Piper Road to Innovation Way; and the 15-mile road widening of Bermont Road.